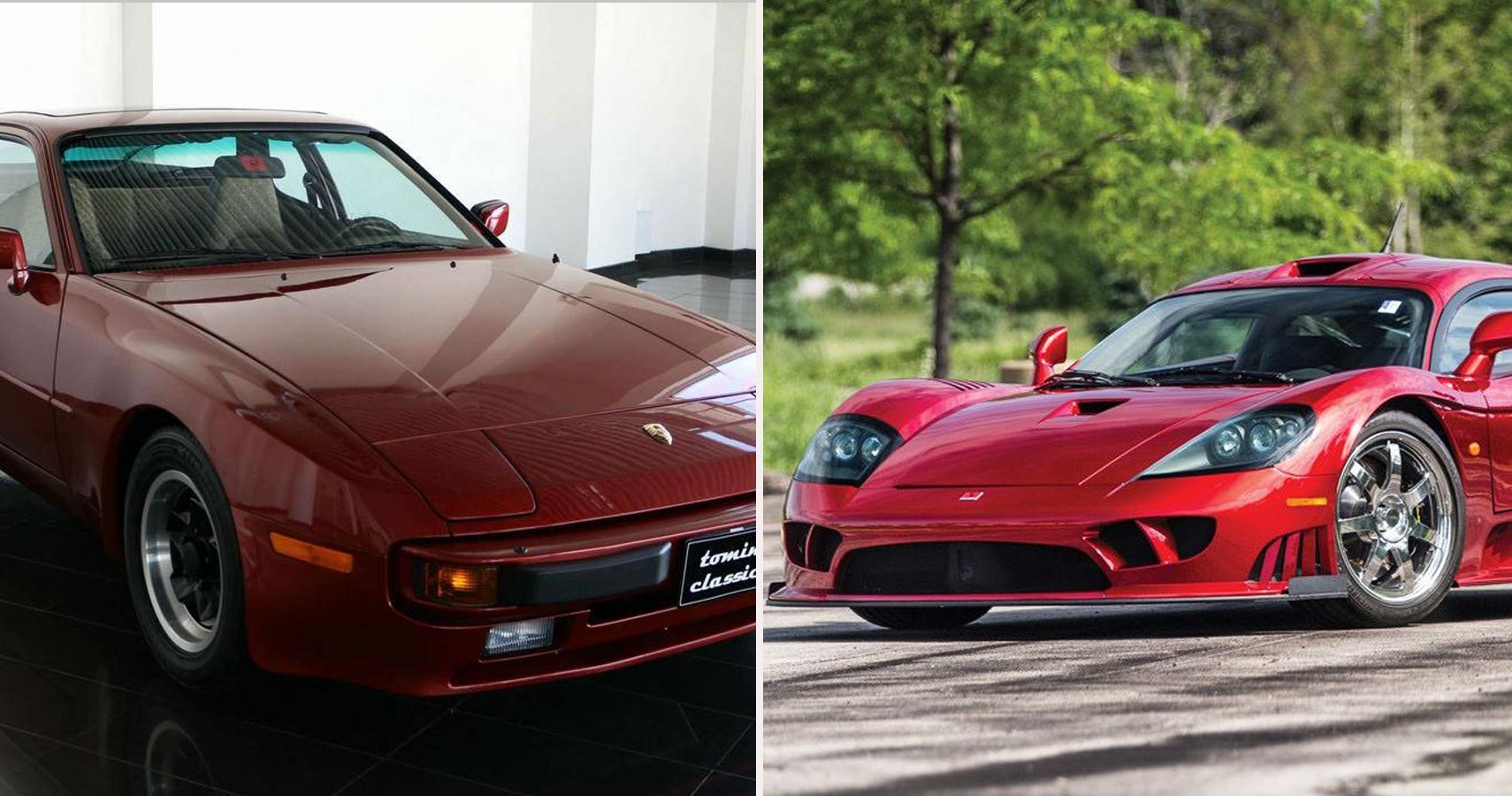 Cars come and go all the time. Not only are there millions of automobiles on the streets right now, but new cars are produced every day and new models come out every year. In the midst of this chaos, it’s only natural that some cars disappear from the public eye while others remain there for decades. Take the 1970 Dodge Charger for example. Despite being nearly 50 years old, the Charger is etched in our minds as one of the coolest and most powerful cars ever made.

With that in mind, let’s step in and talk about ten sports car models that everyone forgot existed.

The first Tiburon was produced in 1996 and was an instant failure. Until 2003, Hyundai desperately tried to make an attractive sports car, but failed for seven years until the 2003 model. The 2003 Tiburon finally produced respectable power for its price. The second generation Tiburon was larger, had new styling, and had the option of a V6 engine.

In addition to the changes mentioned above, many other modifications were made which made the Tiburon a popular car for a while, until people lost interest. The public simply did not rely on Hyundai sports cars as much as on Hyundai family cars, and so, due to lackluster sales, the Tiburon died a sad demise.

At first glance, you might wonder, how can anyone forget this car? the Ariel Atom is a road-legal high-performance British vehicle fitted with an Ariel V8 engine capable of producing up to 500 bhp. The design of this unique car originated as a student project at Coventry University by student Niki Smart and was developed with university funds in 1996.

Since 2005, the Ariel has been produced in Virginia, USA, and is known for tearing up race tracks with its impressive acceleration and speed. Now, to answer the question, how can anyone forget this car? It’s simple, a fast car is not necessarily synonymous with a practical car. The Atom has no roof or windscreen, is too small and has no use outside the racetrack. No ordinary family would ever buy this car, and for this reason the Atom has long been forgotten.

the Buick Reatta is unsurprisingly part of this list of forgotten sports cars. The Reatta was a low-volume, front-engine, front-wheel-drive vehicle that didn’t prioritize power or performance. This two-seater was born from a factory in Michigan and marketed by Buick as a coupe and convertible. When it premiered in 1988, the only thing impressive about this automobile was its touchscreen dashboard.

Other than that, the Buick contained minimal features and even lacked airbags, which were added in 1990. Eventually the demand and production of the Reatta declined due to the emergence of higher performance and safer cars in the growing market.

In 1982, the German manufacturer Porsche introduced the 944. The Porsche 944 was based on their earlier 924 models and had front engine and rear wheel drive. The 944 was produced as both a coupe and a convertible and was, in fact, a popular sports car for quite some time.

Unlike the other cars on this list, the 944 wasn’t forgotten for lack of publicity or consumer interest, but rather by self-sabotage. The 944 was to continue production into the 1990s and Porsche intended to develop the 944 S3. However, major revisions made the S3 the all-new Porsche 968, which effectively killed the 944.

the Lexus The SC300 had the potential to be something big, but like the Porsche 944, poor choices by the manufacturer led to its untimely demise. On June 1, 1991, Lexus introduced the SC400, which was honored as Import Car of the Year by Motor Trend in 1992. In July 1992, Lexus introduced the SC300, essentially a smaller-engined model from the SC400.

Unfortunately, due to the immense popularity of the SC400, the SC300 never gained enough traction to become a popular sports car. The Lexus SC models eventually transitioned to their second generation, and production of the SC ended in July 2010.

the VOLVO The P1800 is a rear-wheel drive sports car introduced in 1961 and discontinued in 1973. The original design of this automobile resembled a classic coupe but was restyled by Pelle Peterson. Although it is an S-class sports car, Volvo branded and advertised the P1800 as a passenger car. In its later years, the P1800 became widely known by its appearance on the show, The Saint.

Unfortunately, this Volvo’s action days were short-lived, and over the decades Volvo rebranded itself as a maker of luxury family cars, rather than a maker of sports cars. If you want to buy one of these vehicles, know that they sell for between $10,000 and $18,000 and are by no means the fastest cars on the road.

If you were wondering what an identity crisis looks like in a car, the Opel GT is for you. The brand itself, a German manufacturer, is a French subsidiary and belonged to General Motors until 2017. This Corvette-like car is produced in France and contains a 4-cylinder engine instead of a traditional V8.

RELATED: 10 Automakers No Longer In Production

If you were to drive this in America, undoubtedly the most popular question would be, “What kind of Corvette is this?” The Opel GT debuted in 1965 and the GT Concept was presented at the 2016 show Geneva Motor Show. Despite its classic vintage look and sports car feel, this vehicle unfortunately failed to make a strong impression.

The Honda S2000 defined the brand through the 2000s. Today, no one remembers it. To celebrate the company’s 50th anniversary, the S2000 was launched on April 15, 1999. The S2000 is an open-top sports car named after its two-litre displacement engine and continues the legacy of older roadsters such as the S500 and the S800. Over time, the S2000 simply lost its appeal to the public because the Civic gained more traction. Heck, the Civic is still one of the most popular cars today, while the S2000 is just a blip on the radar. If the Civic hadn’t eclipsed the S2000, Honda might not have discontinued it in 2009.

the Saleen The S7 supercar is a marvelous piece of engineering, but listening to its history, you’ll understand why no one has heard of it. The S7 was born out of a Mustang music store. This hand-built supercar was more of a side hobby than a business idea.

The S7 is powered by a Ford Windsor 427 and produces 550 hp. With a twin-turbo V8 mod, however, riders can take advantage of the 750hp the S7 has to offer. If it hadn’t been built from body shop scraps, this car would have endured in our minds into the next century.

The Ferrari F430 Spider was unveiled at the 2005 Geneva Motor Show and is Ferrari’s 21st convertible. The Spider develops 503 hp with a 4.3L V8 engine and is truly an incredible, but forgotten car. The two reasons for the Spider’s disappearance from public view are the extremely high price and the release of new models every year. With a $190,000 sticker, few people care to look into the spider. With the constant release of exciting new models almost every year, it’s no surprise that this one disappears.

NEXT: 10 reasons Ferrari fails to keep up with Mercedes in F1

A fantastic JDM off-road vehicle that is gaining popularity among aficionados. 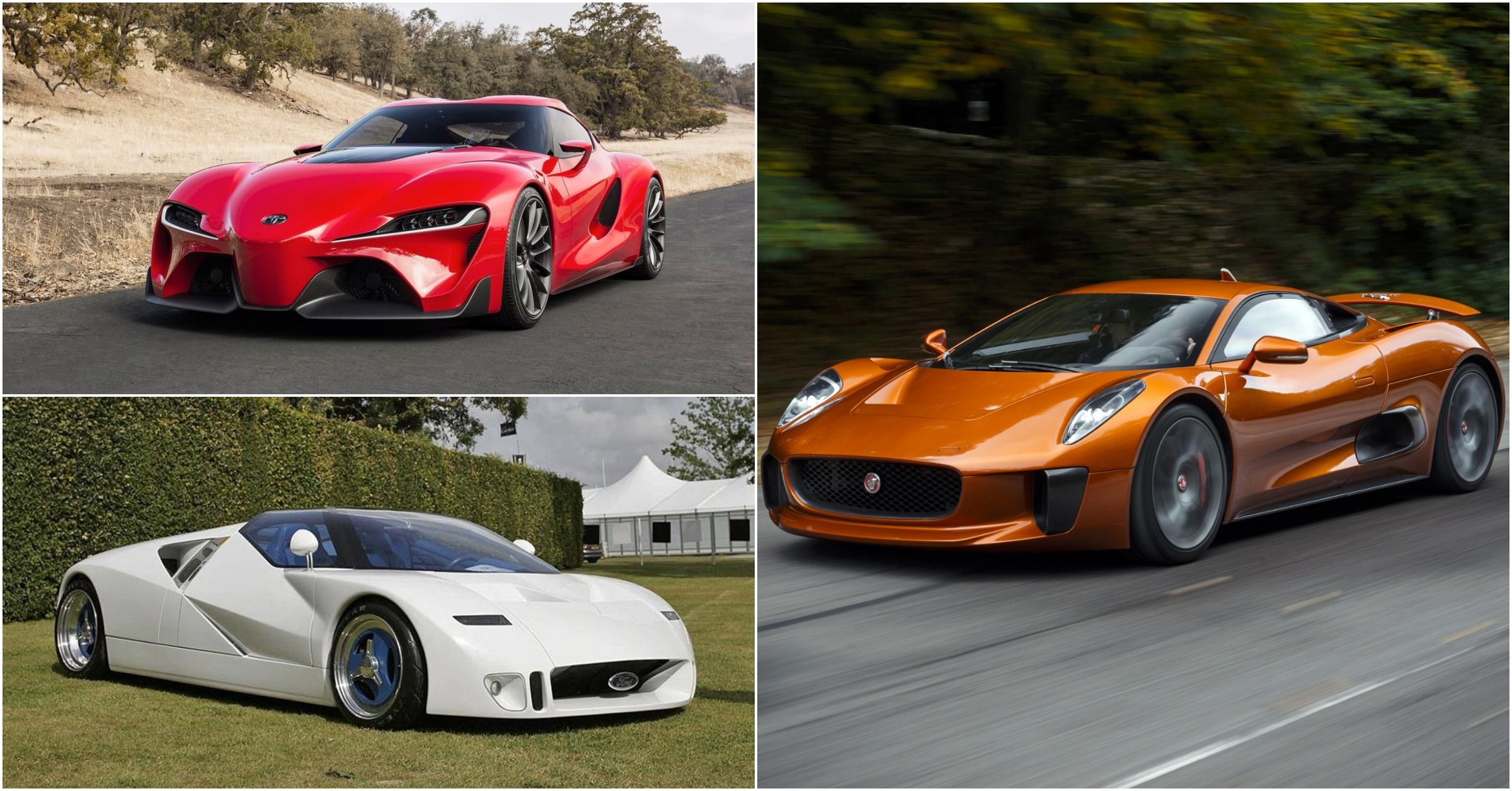 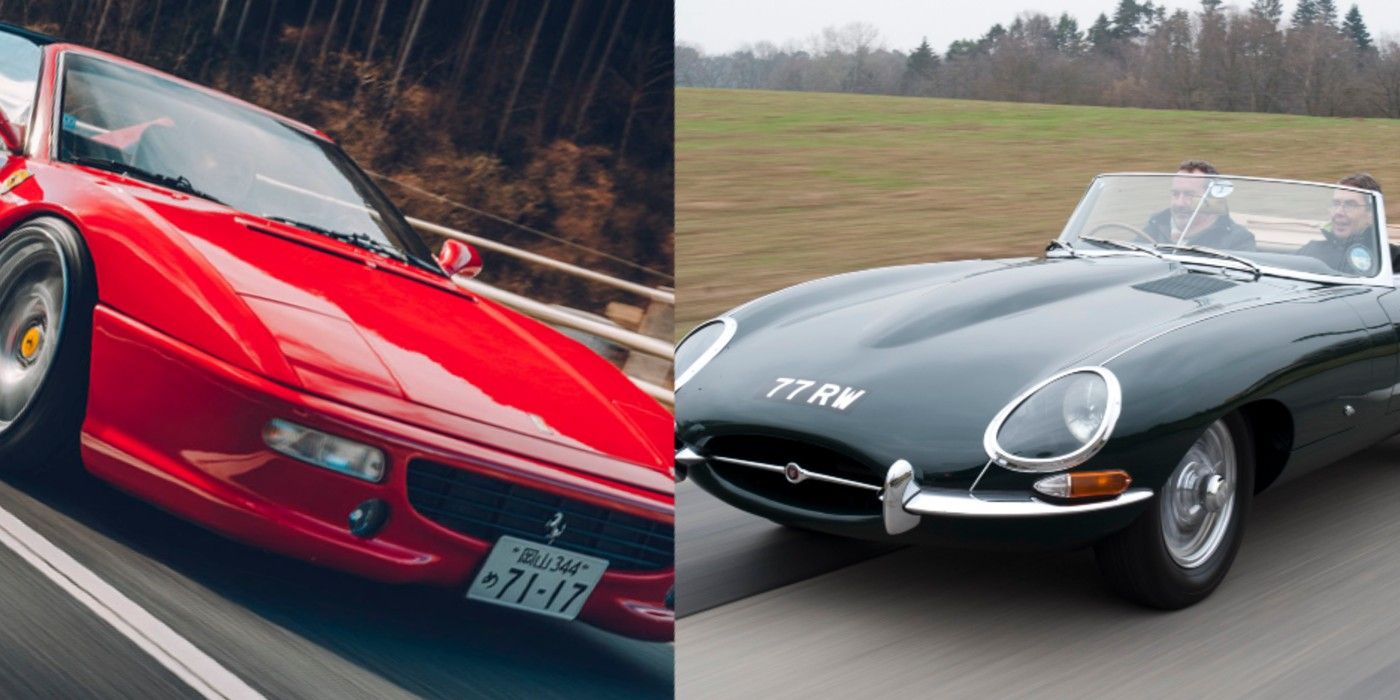 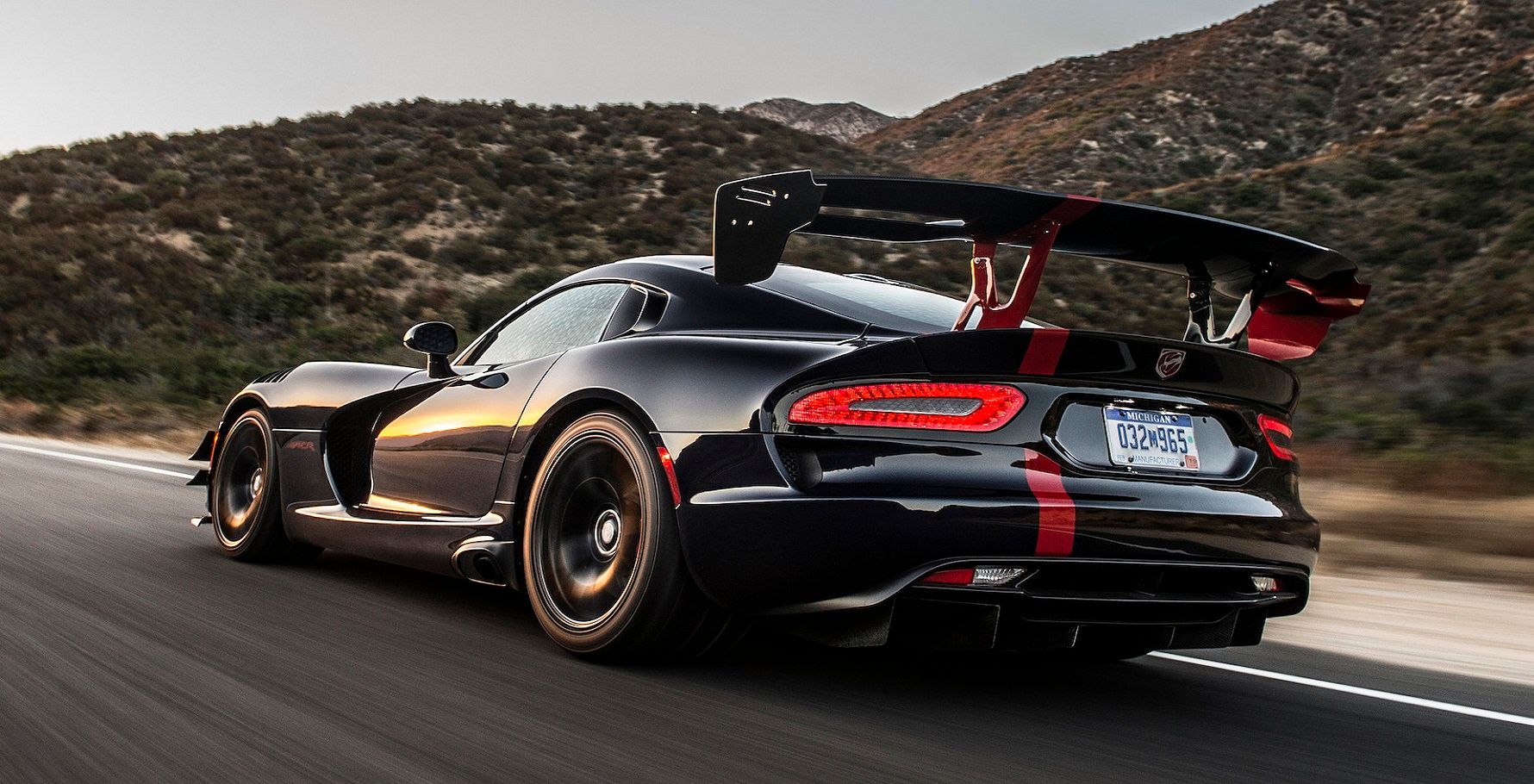