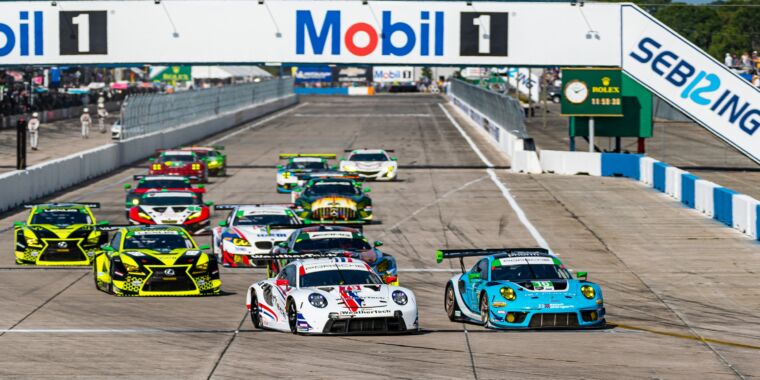 On Saturday, the North American sports car season will wrap up with the Petit Le Mans, a 10-hour race that will be held at Road Atlanta in Georgia. This year’s Petit Le Mans is also the final race for a fan-favorite car class known as GTLM. The category covered Le Mans-homologated versions of two-door production cars, which over the years have been a playground for manufacturer-backed programs and some of the world’s best racing drivers.

On the one hand, the removal of GTLM is an important step for the American side of endurance racing, as it ends a direct link between the WeatherTech SportsCar Championship and the annual 24 Hours of Le Mans. But this decision also makes the sport a little less complicated.

Next year IMSA will still have a place for factory teams, but it is moving to cheaper, more user-friendly cars with the introduction of a new class, called “GTD-Pro”. Let’s take a look at what’s going on.

The WeatherTech series has its roots in the first Petit Le Mans, which took place in 1998. This race adopted the same technical rules used by the Automobile Club de l’Ouest, the organization that organizes the annual 24-hour race. from the Mans. , France. Among these rules were categories for road car versions modified for racing. This is where things get tricky, so bear with me.

Originally there were two GT classes, called GT1 and GT2. GT1 cars were more modified, more powerful and more expensive to run. They also generated more downforce. Eventually, the category became too expensive and disappeared. GT2 stayed and was renamed GTE at Le Mans and GTLM in IMSA competition (because having a GT2 class but no GT1 class made too little sense, even for an unnecessarily complicated sport like endurance racing).

For the past few years, the same problem that killed GT1 has come to GTLM/GTE. Cars have become more and more specialized; for example, Porsche went to the trouble of making a mid-engined 911 race car. And that has made vehicles more expensive to campaign on, especially for the privateer teams that are the lifeblood of the sport.

Instead, these privateers largely shifted to another class of production sports car called GT3. This category was created specifically for enthusiasts, even going so far as to mandate driver aids like anti-lock brakes. Performance differences between different car brands were adjusted to maintain a relatively level playing field (called “balance of performance” or BoP), and the result was full grids at races around the world.

60 years ago, sports car racing made its local debut... at NSB