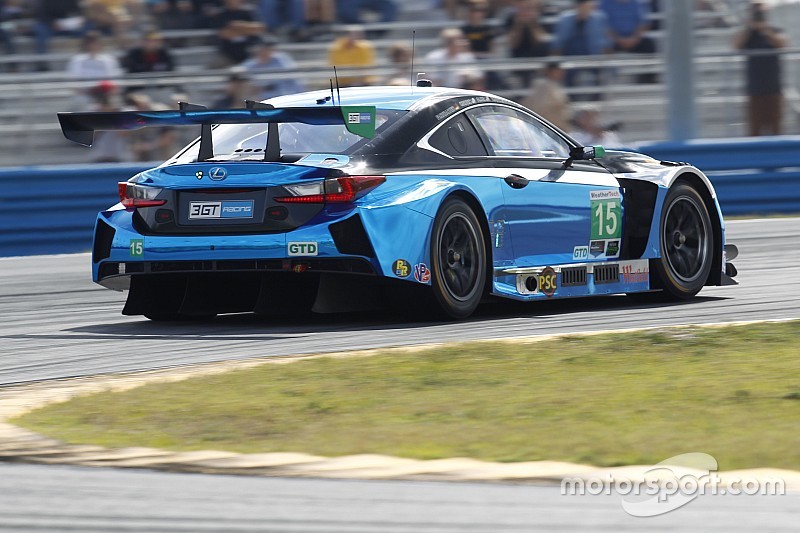 Despite being recently recruited by Brad Keselowski Racing through Ford’s driver development program, Cindric isn’t ready to give up his extracurricular activities behind the wheel.

The beginnings of the Rolex 24

This weekend, the 18-year-old high schooler returns to the IMSA ranks for his Rolex 24 debut at Daytona International Speedway with 3GT Racing in the Weathertech SportsCar Championship.

“It will be a lot of fun,” Cindric told Motorsport.com. “We have a brand new car. I never raced the series, never raced the race. Obviously, doing the 24 hours is my number one goal. Everything that will be passed will be a feather in my cap.

“I’m really looking forward to it because I want to stay relevant in the sports car world. 3GT has given me a great opportunity to drive a Lexus with these guys and have fun. I also have great good co-drivers between Jack (Hawksworth), Sage (Karam), Scott Pruett and Dominik Farnbacher. You have all these guys with a ton of experience that I can brainstorm on. So I’m looking forward to it.”

I want to get in as much as I can to be honest. I’m still pursuing a career.

In 2015, when he was just 16, Cindric became the youngest driver to win an IMSA race when he won the Continental Tire SportsCar Challenge round at Canadian Tire Motorsport Park. He also scored podiums in Global Rallycross and the Pirelli World Challenge.

Cindric’s transition to stock cars began with ARCA races at Iowa Speedway and Kentucky Speedway. He qualified and finished fourth in his ARCA debut in Iowa in 2015. That same season, Cindric auditioned for Keselowski in the Camping World Truck Series in Martinsville. He finished 25th. In his second truck start, Cindric’s result improved by 11 positions at Phoenix International Raceway.

Last season Cindric ran four truck races and added two K&N Pro Series road events to his schedule. He won pole at both circuits – Virginia International Raceway and Watkins Glen International. He also won the ARCA at the Kentucky Speedway oval. His average result in the four ARCA races he ran was 2.8.

Outside interests aside, the chance to focus on the No. 19 BKR team with veteran crew chief Doug Randolph in the NASCAR Camping World Truck Series is an opportunity Cindric will treasure.

“The most important thing for me is that I have a team and people that I can take with me throughout the season, whereas before I was doing one-off races in stock cars,” said said Cindric. “It will be my first full-time stock car series and I will have the same people with the same expectations and I can take advantage of that all year round.”

“I would like to do whatever I can,” Cindric said. “Obviously, the truck series is quite demanding. As far as the calendar goes, this spring is pretty nice, so it’ll be fine. I can still do all the IMSA endurance races with 3GT and Lexus.

“I want to get in as much as I can to be honest. I’m still pursuing a career. I still have a lot of connections and opportunities in the sports car world. I’m definitely pushing the envelope there. But the trucks will be my priority. I want to do the best I can there. But the more I can drive, the better.

Although Cindric graduates from The Cannon School in May, the university remains on the back burner. He might consider taking a class or two in the off-season, but Cindric thinks that while the opportunity to further his education will always be available to him, racing might not be.

For the third-generation racer — and son of Penske team president Tim Cindric — racing the Indianapolis 500 remains a lifelong dream.

“The Indy 500 is just one of those races, I’ve been there just about every year since I’ve been alive, and if there’s an opportunity for me to go there one day, so definitely,” Cindric mentioned. “It’s one of the coolest running events I’ve been to. It’s part of my family history. If I ever had the chance, I would definitely want to.

60 years ago, sports car racing made its local debut...at NSB