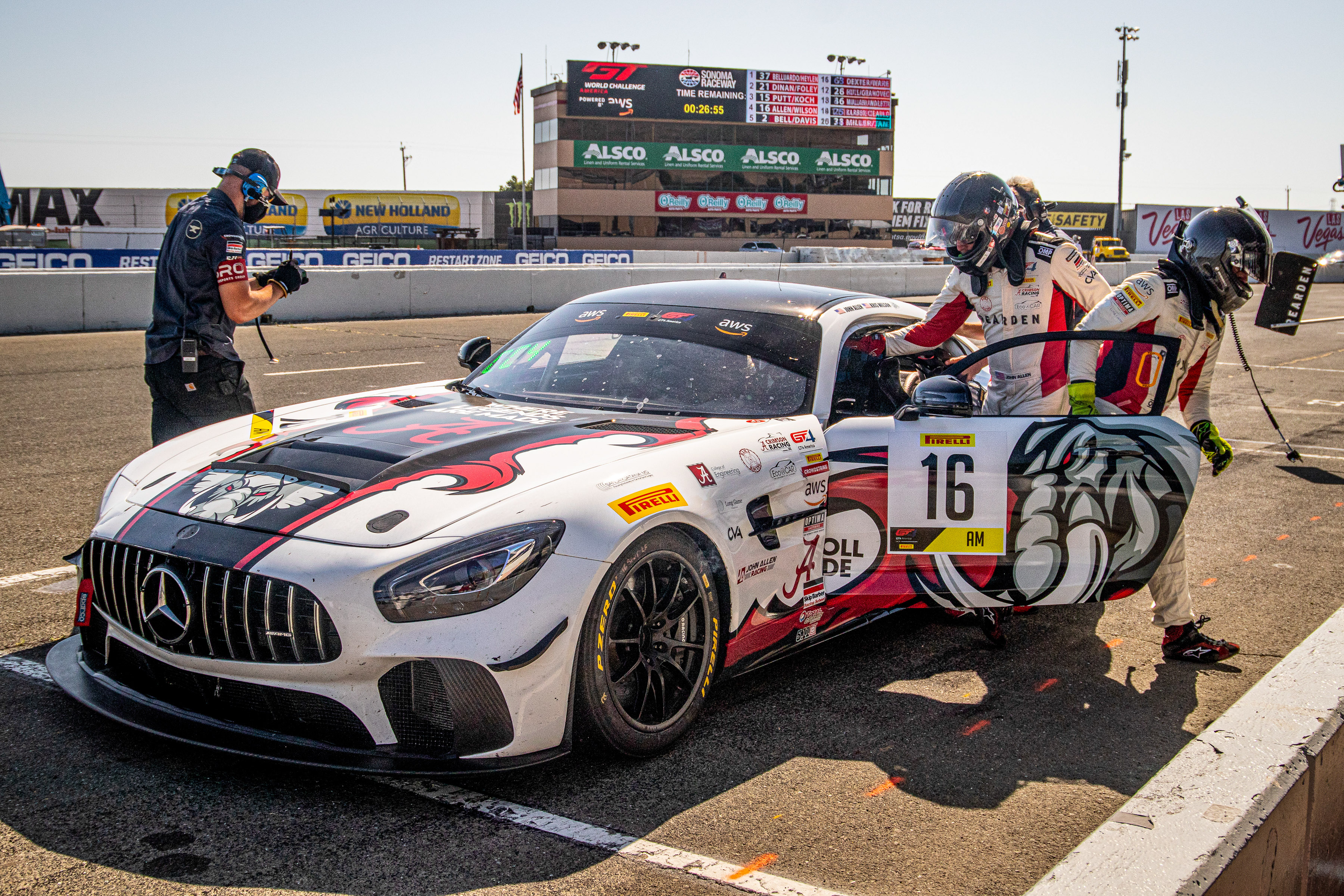 Capstone Motorsports, a new motorsports and sports car racing company based in Parker, Colorado, is making its professional racing debut this weekend at Sonoma Raceway in California, where team manager and driver John Allen teams up with co-driver Kris Wilson in the Pirelli GT4 America SprintX season. -double opening on the Napa Valley road course.

Allen and Wilson go head-to-head in the “Am” class in the twin 60-minute races Saturday and Sunday at Sonoma in the No.16 Capstone Motorsports Mercedes-AMG GT4. Capstone continues Allen’s longstanding support of his alma mater, the University of Alabama College of Engineering, with a trackside sports car racing internship program designed specifically to immerse UA engineering students into the technological and data-driven aspects of modern sports car racing.

The creation of Capstone Motorsports continues an evolution for Allen and the UA Engineering internship program that has been a technical on-track program for the past two years.

Active in the sport since 2013, Allen quickly sees the connection between sports car racing and the educational programs offered at the UA College of Engineering.

“Sports car racing today is about more than just driving fast and hard,” Allen said. “Along with driver ability, engineering is the most important aspect of success in today’s high-tech arena of sports car racing. We created the internship program a few years ago to open up this world To UA engineering students who might not be aware of this amazing The creation of Capstone Motorsports is another key step in the growth of our race team and internship program We can’t wait for the season to begin this weekend.

The creation of the team also marks a high point for Allen and Wilson who have successfully competed together in Pirelli GT4 America SprintX for the past two seasons with independent teams. The 2020 season saw Allen and Wilson set a solid record of six podium finishes in a shortened nine-race schedule, including four class wins at Road America, Sonoma Raceway and a pair of wins at VIRginia International Raceway (VIR). The duo also earned second place honors in the Am class of the 2019 Pirelli GT4 America SprintX Championship.

A racer for over 30 years, Wilson won the 2016 Pirelli World Challenge Drivers’ Championship and has competed on every major racing circuit in North America for the past few decades.

“Starting up Capstone Motorsports gives us the freedom to really make the University of Alabama engineering internship program an integral part of the team,” Wilson said. “We just did a test in Sonoma two weeks ago to make sure all of our processes are in place. Everyone seems to be working well together. Most of the guys on the team were with us last year with the Mercedes-AMG so we’ve built a pretty good set-up book for the car, you never know how you’re going to stack up against the competition until you get there and start racing them, but we’ve got a good base, and the Mercedes-AMG GT4 seems to do everything well. Only two goals for the year: winning races and the championship. Anything less would be a disappointment.

A familiar group of experienced and winning motorsport professionals have joined the Capstone team since its inception. In addition to Allen and Wilson, Capstone’s core personnel include Engineer Grant Barclay, Crew Chief Kelly Brown, and Crew Chief Eric Madsen. Rick Cameron is another key part of the engineering department and will serve as the main technical interface with the UA engineering interns on race weekends. Jon Berry, who was Allen’s first coach and driving advisor, also joined Capstone as vice president of finance.