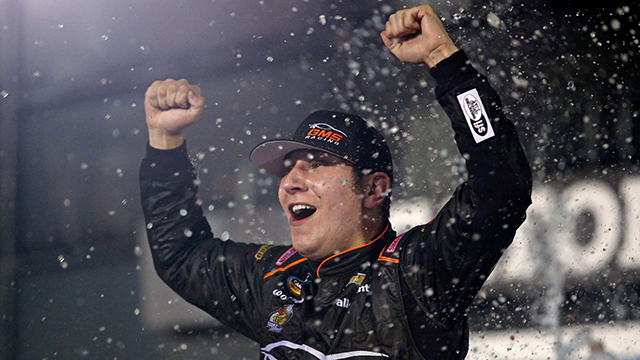 From dirt tracks, Grala has experienced riding with little grip, but he has learned that racing in the rain is a whole different animal. With standing water and slick painted lines, drivers are forced to think on their feet.

“Well, I mean, as a race car driver, I guess our job is just to get thrown in the car and figure it out in there. That’s kind of what we do, but it’s is certainly much easier said than done,” he said.

In making a name for himself on the ovals in NASCAR, Grala said he got used to racing heavy stock cars that are relatively simplistic in nature. As a result, he’s been forced to adapt his driving style every time he hops inside the Huracan, which has plenty of driving aids including ABS and traction control.

“You can trust systems a little bit, and it’s surprisingly hard to trust those systems when you’re not used to having them,” Grala said.

Considering Grala said the Silverado he drives in NASCAR would likely end up in the wall if he drove it as hard as he has to drive the GTD car, it’s safe to say he can’t put off much. of IMSA. However, that doesn’t mean he doesn’t think competing in both categories is beneficial.

“I feel like driving in both series, in the two different cars, makes you stronger as a race car driver, and you’re just more adaptable between the two.”