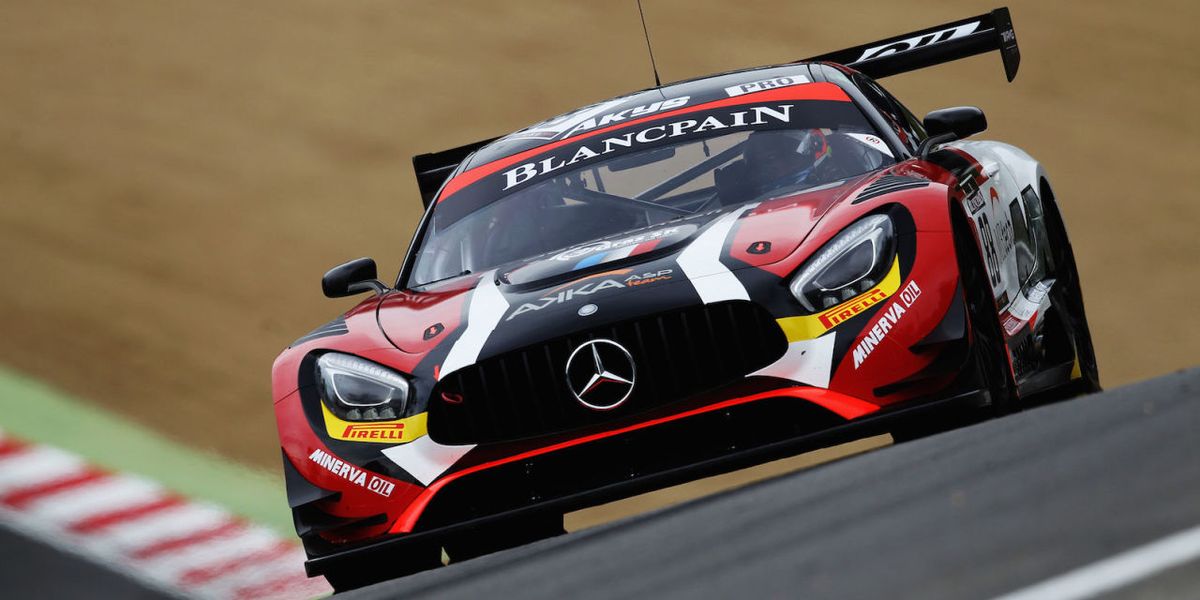 After a 1-2-3-4 victory with the AMG GT3 at this year’s 24 Hours of Nürbugring, Mercedes-AMG is stepping up the competition a bit and is looking to bring some of its success to the United States. Recent reports indicate that the company is trying to bring its AMG GT3 race car into IMSA WeatherTech’s GTD class and supply engines for the new Daytona Prototype International (DPi) class cars.

More than runner, Marshall Pruett reports that Mercedes-AMG is buying a Riley/Multimatic P2 chassis, fitted with the 6.2-liter V8 used in the AMG GT3, from various customers. It doesn’t look like AMG will operate its own team, instead opting to provide gear and support for private teams.

Riley/Multimatic is also said to be developing a DPi car for Mazda, although, as Pruett notes, the car’s existence is yet to be confirmed. If Mercedes-AMG were to find customers, its DPi car would likely not make its debut until halfway through the season next year. DPi is a whole new class, and very few entrants (if any) are expected at the 24 Hours of Daytona next year.

A separate report from Sports car365 says Mercedes-AMG is also looking for customers for its AMG GT3 race car, which is currently racing in the Blancplain GT series. As is the case with its rumored DPi, Mercedes-AMG will not operate a full factory team, but will offer extensive support to customer teams.

“We are in contact with several teams and hope to have a few cars on the grid next season,” AMG Customer Sports Coordinator Thomas Jaeger said in an interview with Sports car365. The AMG GT3 would run in the Gran Turismo Daytona (GTD) class, which sits below the Gran Turismo LeMans (GTLM) class. The GT3 competed against the Ferrari 488s, Porsche 911 RSRs and others in the GTD class.

Things are looking very hazy right now, but it looks like we could see a lot more Mercedes-AMG in IMSA next year. American sports car racing could get very interesting in 2017.

60 years ago, sports car racing made its local debut...at NSB